Plant a tree in memory of J. 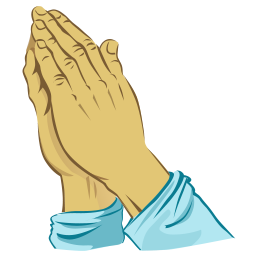 I was so sorry to hear about Jan's passing. So glad he was with his family and did not suffer very long. I still miss Merne. Sincerely Lynn Peterson
Please wait
Share Comment
J
John Maczonis planted a tree in memory of J. Gouza

With heartfelt condolences, Join in honoring their life - plant a memorial tree
Please wait
J
John Maczonis posted a condolence
Paul to you and the rest of the Gouza family, my wife Linda and I offer our sincerest condolences on Jan's passing. As mentioned by DePalma and Rook, I too had the very fortunate oppurtunity to work at PCS for 20 years, but more so directly for Jan for 15 of those years. He became a mentor and teacher to me, but more so a verry good friend. He was a man of few words, but when spoken his words were of so much value to those listening, which was everyone, he spoke truthfully, his engineering problem solving was impeccable and at the end of the day, or in his case the end of the night, with so many spent until the wee hours at the various municipal meetings, he was back at it first thing the next morning, His love for the family and beach was such thay when he was leaving for the shore towards the end of a week he would say to me, " Max, if you geet the right number go ahead and sell! HIs love for Penn State, and along with Mern, God rest her soul, it was a tough Monday when they both would come back to my office and asked if I saw the shellacking PSU put on my Syracuse Orange. Finally, I would be remised if I did not say to this day some of the most fun and memorable times in life were the golf outings we played together in. He always made the day, and some times into the nigth an enjoyable experience, making you feel like one of the guys. He tended to speak a bit more at the 19th hole and even then people would get quiet and listend and enjoy his conversation. To me he is as genuine as a gentleman one could ever meet. Rest in peace Jan.
Please wait
Share Comment
P
Paul Posted Sep 20, 2022 at 8:06 PM
Thanks Max for your heartfelt comments. Those golfing days were really fun. Paul
Report
J
John DePalma posted a condolence
To Jeff, Paul and your families. I received the notice of your dad’s passing from a friend, and I offer my sincerest condolences. I gave very fond memories of working with your father at PC&S for almost 20 years. He was a very fair man, and I enjoyed my many interactions with him, from working on the survey crew and seeing your father operate our sophisticated electronic survey instruments to coordinating with him on seeking his signature and seal for final plans and coordinating with our many clients. I truly have many fond memories and I will keep him and your families in my thoughts. John DePalma
Please wait
Share Comment
P
Paul Posted Sep 20, 2022 at 8:04 PM
On behalf of the family, thanks John for your comments. Paul
Report
J
John Rook posted a condolence
I offer my condolences to Paul and the Gouza family. Jan gave me my start in the engineering world back in 1987. He was intimidating at first. He could get a read on someone within minutes of meeting them, sometimes with just a look. And I would say he was right most of the time. He was a listener and spoke very little. When he was ready to speak on a subject people in his audience stopped what they were doing to listen: that's respect earned. I sat in on two meetings with him and watched his brilliant demeanor at work. I can remember him fussing with his pipe and looking at the floor very aloof and detached during the meeting then with a sharp eye and commanding voice turn to a presenter and hurl a question or comment that absolutely amped up the atmosphere in the room. He was a master at this. On a personal note, my experience with Jan was limited but none the less overwhelming. Jan got wind that I had just started with the company and was doing well but have a car failure that left me without transportation. He called me "upstairs" to where the heads of he company had their offices. I thought this was my end. He asked me about my situation, puffed on his pipe and then without hesitation pulled out a check from his desk drawer and wrote me a check to buy a used car a friend of his was selling. That was something my own father wouldn't do. It appears he was also a master of kindness. I enjoy my remembrance of him.
Please wait
Share Comment
P
Paul Posted Sep 20, 2022 at 8:03 PM
Thanks John for your kind words. Paul
Report
G
The family of J. Jan Gouza uploaded a photo

A Memorial Tree was planted for J. Gouza

Share Your Memory of
J.
Upload Your Memory View All Memories
Be the first to upload a memory!
Share A Memory
Plant a Tree