Plant a tree in memory of Patrick

5 trees were planted in memory of
Patrick James Lavin

May Kathy (DOLL), Patrick, Hannah-and Molly remember the gentle soul of their husband, father and my best friend that will truly be missed. Join in honoring their life - plant a memorial tree
Please wait
J
Joe Halpin posted a condolence
Dear Lavin Family; I can't imagine the loss you feel and I wish you only the peace that God can provide. We all loved Pat and when we heard of his passing the stories started to abound. When he told Glenn, Joe, others, and I while sitting around a camp fire that his degree was in Philosophy after telling us some funny stories (buy the way, they were always appropriate, that's one of the things I respected him so much for), I remember laughing so hard because he said he actually had a degree in BS, or was it a BS degree. Diane had mentioned the pine wood derby. His sense of fairness was immeasurable. Cub Scout D.C. was one of the cubs that came in with his car unfinished during one of the pinewood derby's. The boy had done everything he could do, he did his best. Pat saw that the Scout felt less when registering his car because of the way it looked (not painted, unfinished wood and with out weight). Pat got up, told Glenn to hold on; He and Glenn together then worked with D.C. to add weight and build the little guys confidence up. D.C.'s car won it's class and Pat and Glenn just smiled. I learned so much from Pat of how to continue to be a better human. His stories will be told, I will tell them, and I will always remember him fondly and with Love. Thanks for allowing us to share him while he was here. Respectfully Joe, Johnette, Little Johnette, Christian Halpin
Please wait
Share Comment
M
Marie R Gallagher pledged to donate to Patrick Lavin Memorial Scholarship
Pat was a really good person..a proud family man...He always had a big smile and he will be missed.
Please wait
T
Tom Mullineaux posted a condolence
Dear Kathy and family, My family and I were saddened to hear about Pat’s passing. I have many fond memories of working with him on the Ocean City Beach Patrol and knowing him as a friend. He was a great guard to work with. I always enjoyed running into him in Ocean City and catching up on old times. With deepest sympathy, Tom Mullineaux & Family
Please wait
Share Comment
S
Sharan Hum lit a candle

I remember Pat coming in McLaughlins Deli for lunch when he worked for Mike Sciioli way back in the 1980s - always had a smile on his face, always friendly and warm to everyone he encountered. He was a good hearted soul who will be missed by so many lives that he touched. Sharan(New)Hum
Please wait
Share Comment
L
Lori Asher posted a condolence
We are so very sorry to miss the service for Pat! We are away at a family wedding but we will keep you and yours in our prayers and are thankful Pat is welcomed into His kingdom forever ! Love to all, Lori and Chet Asher
Please wait
Share Comment
B
Barbara Betson posted a condolence
My deepest sympathies to you and your family.
Please wait
Share Comment
S
Sheila Ginn posted a condolence
Kathy, Patrick, Molly, and Hannah (Travis): Thoughts and prayers for your immeasurable loss. Your Pat/Dad created smiles and beautiful moments for many with his authentic nature and his distinct laugh. His support and enthusiasm helped me conquer my first OCBP John Carey master swim. I will also miss his big grin and wave when we crossed paths on the Ocean City boardwalk. Heartfelt sympathy and love, Sheila Ginn.
Please wait
Share Comment
D
Diane everson lit a candle

Dear Lavin family, We are so sorry for your loss. Pat was a beloved cub and Boy Scout leader for Pack 51 of Ocean City. He exemplified what scouting is all about. He was a great role model and truly enjoyed every part of scouting, especially camping and working on the Pinewood Derby. In addition to scouting, Pat gave time selflessly to the Ocean City little league where he worked coaching and mentoring young athletes. Lastly, Pat will be fondly remembered for being part of the Monday night football club at Charlie’s in Somers Point. Pat always had a smile and was a kind and generous man. He will be sadly missed. Glenn,Diane,Glenn Michael, and Kyle Everson
Please wait
Share Comment
P
Patricia Gallagher posted a condolence
Dear Kathy, Condolences on the passing of your husband Pat. My thoughts are with you and your family. Patricia Gallagher
Please wait
Share Comment
B
Butch and Jo Ann Kaupp posted a condolence
Pat was a great neighbor and a great man. We could always count on seeing his smiling face during the summer season when we would stop and chat in the back alley, discussing any and all topics, Phillies, Coastal Christian, our two legged and four legged children, etc. Pat leaves a great legacy on how to be a family man and a practicing Christian, God Bless You Pat, Rest in Peace. Butch and Jo Ann Kaupp
Please wait
Share Comment
T
The Farnan Family posted a condolence
The Farnan Family extends our sincere condolences to the Lavin Family. Kathy, Hannah, Molly & Pat please accept our heartfelt sympathy on the passing of your Husband & Father. Pat was one of a kind and I can say that he was a gentlemen who gave so much but asked for so little. May God hold him in his arms and bestow blessings on all of you during this difficult time. All our Love & Prayers, Bill, Rose, Liz, Maria & Billy .
Please wait
Share Comment
S
Sally lit a candle 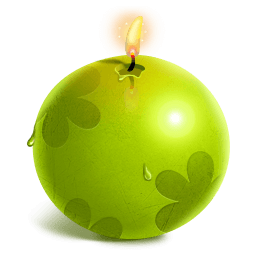 Our thoughts and prayers are with you all. Such a loss! We shall continue to pray for you all. Sally
Please wait
Share Comment
C
Colette Gabriel pledged to donate to Patrick Lavin Memorial Scholarship
We are so very sorry for your loss... The Gabriel Family Colette, Sam, Juliette & Matthew
Please wait
C
Cynthia Hart posted a condolence
I am so heartbroken over the loss of your beloved husband, Kathy, and your children’s wonderful, loving father. Pat’s passing is a loss to so many because his generous heart encompassed so many. My prayers are with you and your beautiful family.
Please wait
Share Comment
T
A tree was planted in memory of Patrick Lavin

Dearest Kathy, Patrick Jr., Molly and Hannah, My deepest sympathy on the loss of your husband and father. Know that you are in my thoughts and prayers. Although I never had the privilege of meeting Pat in person, I remember thinking what great memories you made with him when Kathy shared the stories of all the great trips and adventures you all had together. The love Pat gave to his family will live in your hearts forever. I love you Kathy. Stay strong. This is all so terrible that no words will bring comfort but if I can help you in any way, I'm a text message away. Paola Neff
Please wait
Share Comment
l
lwilent@comcast.net posted a condolence
Our thoughts and prayers are with the Lavin family as you travel this difficult journey. We were always happy to see Pat and Kathy around town whether at scouts, on the ball field or just at local events. Our town will definitely feel the loss of this good human.
Please wait
Share Comment
L
The family of Patrick James Lavin uploaded a photo

Sending all my love and sympathy to the Lavin Family. Pat was such a light in a world full of dull and drab. He was always smiling and laughing. He will be missed Immensely!! XO Casey McKee
Please wait
Share Comment
N
Nathan Corson posted a symbolic gesture 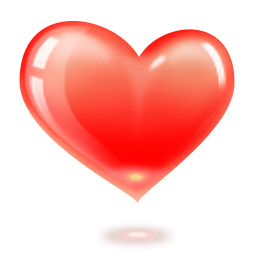 A Memorial Tree was planted for Patrick Lavin

Share Your Memory of
Patrick
Upload Your Memory View All Memories
Be the first to upload a memory!
Share A Memory
Plant a Tree