Plant a tree in memory of Lawrence

My deepest sympathies to the Curran Family upon the loss of Larry. Larry was a kind gentleman and a great classmate in Yoga. Larry will be greatly missed at the gym. Lee Haslett
Please wait
Share Comment
T
Tricia Hughes planted a tree in memory of Lawrence Curran

Currans: this tree symbolized the love Larry had for all of you. His love lives on. God bless his soul and all members of his family so dear to him Plant a Tree
Please wait
T
Tricia Hughes lit a candle

Dear Curran Family, My sincere sympathies at the passing of your dad, father-in-law, granddad, and great-granddad. I knew Larry as a church friend. I admired his deep faith and sincere love of his Catholic religion. When Larry would attend mass at Our Lady of Good Counsel in Ocean City, he was one of the last to leave. He would remain after mass with his prayer book, diligently saying his prayers. I loved the photo of him in that church in the video. One day, Larry made a point to talk after mass and inform me that he had a relic of a saint, which he would like me to give to my friend, Alicia who has MS. He explained the relic had been in the family for years, but felt that Alicia needed in more now. I made sure Alicia received the relic and she was eternally grateful. Larry also made a point to attend the public Rosary events at Kennedy Park in Somers Point. During one to the events, I was having difficulty putting up a Rosary sign. Larry took it upon himself to make sure the sign was put up, saying "I'll be right back" and proceeded to his car to get the proper tools we needed. The last time I saw Larry was February or early March (pre-Covid) at the Villa Chapel in Linwood. We chatted after mass about my dear mom's recent passing. He shared stories with me as he remembered her. He gave me words of encouragement. One thing that always impressed me about Larry was his smile. He always had a smile on his face when greeting and talking to others. He was such a kind and gentle spirit. In one of the photos, Larry and his wife are shown with a sign saying, "Almost Heaven." Well, rest assured, they made it! One last thought, Larry was so devoted to his faith, I notice he passed on the Feast of Our Lady of the Rosary, Oct. 7 -- no coincidence, I'm sure His funeral mass was held on the Feast of Our Lady of Fatima, Oct. 13. Two very significant dates for one very significant man. Godspeed, dear Larry. Enjoy the fruits of your labors now and your eternal happiness in heaven. --Tricia Hughes
Please wait
Share Comment
b
bill liddell posted a symbolic gesture 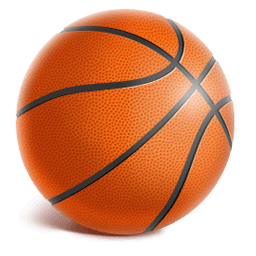 To the Curran Family.. Sorry to hear of the loss of pops Curran. Knowing you guys , He obviously set a great example of which you are a testament of his example in life. My prayers are with you guys, Bill Liddell
Please wait
Share Comment
J
Joe Schafer lit a candle

So sorry to hear about the passing of your pops he always kept me laughing and would always bust my chops about singing karaoke , he used to say you’re not gonna sing again are you , let’s go joe’s going to sing again . so now they’re all together . The passing of a great generation. Loved your parents so much you guys are in my prayers. Joe Schafer
Please wait
Share Comment
D
David Heller lit a candle

My sincere condolences to the family of Lawrence Curran.
Please wait
Share Comment
C
Chick Schafer Jr. posted a condolence
Mr.Curran as he was known to the Schafer gang will never be forgotten by us for many reasons but most especially for his kindness during my Dads many years of illness especially when he would come to get him and drive him to the Roman Catholic Communion breakfasts. We always admired the Roman gang who stuck together through out their lives. We always were in awe of the true friendship that my father shared with Larry and their gang. Still remember the back yard picnics when we were children, then the occasional get together's as our families grew. I especially enjoyed the Nick names that he gave to a few of my relatives. He surely had a wonderful sense of humor and could always get the room laughing. I also remember those days that I was supposed to be on the construction sight working but the rain had me at the track and getting a hot tip from Mr. Curran. Chick Schafer Jr.
Please wait
Share Comment
j
jack hallett posted a condolence
My family lived across the street from "Larry" and his family on 23rd Street in North Philadelphia some years ago and I remember the Curran Family very fondly. Larry was the same age as my Uncle Jimmy ("Bimmer")and they were good friends. I was very saddened to hear of Larry's passing and regret very much not getting that photo to you sooner. Terry's Dad is the same row as Larry, third from the left. Larry was always good to us kids on the block and was a nice, truly decent man. My deepest sympathy to the Curran Family and the warmest regards to Marion. Jackie Hallett
Please wait
Share Comment
S
Sharon Naplacic posted a condolence
Dear Curran family, I am so deeply sorry for your loss. My father, Vincent Coviello, worked with Larry at PPG for many years and considered Larry a dear friend. When my father came to Ocean City to visit, he always brought a loaf of Italian bread to bring over to Larry. Your father was a genuine man who truly made this world a brighter place. Thoughts and prayers, Sharon Naplacic
Please wait
Share Comment
T
Terry O'Brien uploaded photo(s) This is a picture of Mr. Curran's softball team from his old neighborhood (23rd Street in Philadelphia). I'm not sure what year this is from, probably around 1950 give or take (probably closer to 1945). My father, Jim O'Brien, and Larry were good friends and grew up across the street from each other. My cousin Jackie gave my father this picture 20 years ago for his 70th birthday and my father loved it. I'm sorry to hear about your loss but I hope you enjoy this photograph of Larry and his buddies. PS Mr. Curran is second row on the far right.
Please wait
Share Comment
M
Mary Randles Posted Oct 12, 2020 at 4:14 PM
Terry, Thanks so much for posting this photo. We’ve never seen this before. I found my dad and also Fred Pacific, who was my godfather. Let us know which was your dad. Dad graduated in 1948. Was your dad’s nickname Bimmer? I remember meeting him when I was a little girl visiting my nan and pop on 23rd Street. (2739)
Report
N
Natalie Sendler lit a candle Mr. Curran, Pop to me for a long time, taught me more about how to live my Faith in my daily life than anyone else in this world. His life was filled with his belief in Faith, Hope and Charity. He died on the Feast Day of Our Lady of the Rosary which he said everyday. He loved his family as all fathers do but his love always had his strong Faith within his love. The one thing I learned and will keep in my heart is “Always be true to yourself “ I will Pop, thanks for sharing your life and family with me. Please say Hi to yours and my family members in Heaven. Rest In Peace, Amen I’ll miss Seeing you at our daily 5:50PM FaceTime, but I know I’ll still talk to you daily. I loved you Pop, Pat
Please wait
Share Comment
<< Previous Next >>

Share Your Memory of
Lawrence
Upload Your Memory View All Memories
Be the first to upload a memory!
Share A Memory
Plant a Tree